I have directly worked with Rishav for more than 3 years. Rishav joined ZS Associates as a fresh graduate engineer. I am his direct reporting manager and I have supervised all his projects for the last 3 years.

2. List 3-5 attributes or characteristics that best describe the candidate

(single words only, no sentences please)

3. Of the qualities listed above, in which areas has the applicant distinguished himself/herself most?

His strong sense of task ownership and versatility are two of his qualities that distinguishes him the most.

While working on the Synvisc project where he had a very small involvement, on times he went beyond his scope and took full ownership of the tasks to deliver quality results. After observing his sense of responsibility and the positive results that he delivered for the Synvisc project enabled me to give him additional responsibility on occasions when other tenured team members transitioned out. He picked up new skills in no time and used his strengths to taking ownership to do justice to his new roles by delivering timely results and enhancements. This showed me how versatile he is when it comes to quickly filling in someone else’s shoes and deliver work with quick turnaround times.

Over the last 1 year, he has shown great capabilities to quickly fill in the roles for some of the senior member who moved out of the team and seeing his capabilities to take on additional responsibility, I promoted him to Associate Consultant.

4. What would you consider the applicant’s primary area for improvement or growth?

While Rishav has been a great asset for the team, but in few of his initial engagement with clients we had some gaps which Rishav was not able to deliver upon. On discussing further with him we found out that majority of the issues where due to the incorrect understanding the requirements and communication gap with the client. I realized while Rishav is great at taking ownership of the task and run with it until the desired result is achieved, but he lacks project management skills & awareness about quality control measure we have before delivering anything to the clients, which he is now required to learn in his new role after promotion.

I gave him a constructive feedback and told him to seek the guidance of other senior team members to improve the quality of his deliverables, as this is not about learning technical tools anymore. Soft Skills are best acquired by taking guidance from experienced members in the team.

He has acted on the feedback and turned it around completely with increased focus on comprehensive quality control procedures and proper project management task.  He created issue trackers where short and long-term mitigation plans for each issue were created and adhered to. He started having weekly cadence call with the clients to better understand their requirements and updating them on the project progress. His efforts have resulted in increased accuracy of his and his team’s deliverables.

5. How would you rate the applicant’s potential for becoming a successful business leader?

Synvisc has been the biggest and long lasting project that my team has worked upon our client Sanofi and Rishav has been involved since the very beginning of this project. He developed good in depth understanding of the client’s business model and gather data points which have enabled him to give specific insights to the client. These insights helped our client recognize the gaps in their sales performance and Rishav also suggested improvement measure they can take. Based on the this deliverable, I received very positive feedback about his work from the client.

Now after his promotion to Associate Consultant level he is leading a team of Associates and I strongly believe if he continues delivering results like this he can be a very successful leader.

Rishav is a dedicated individual who puts his heart into his work. There is a definite sense of ownership and responsibility in him. He has delivered excellent performance and I think he is now ready to take on bigger responsibilities of leadership. I believe going for an MBA, is a step in right direction for his career and as a manager and mentor it’s a pleasure to recommend him for a reputed Business school like Rotman.

I am a consultant at ZS Associates and I have worked with Rishav as his lead consultant across multiple projects for the past 2 years.

2. Of the qualities listed above, in which areas has the applicant distinguished himself/herself most?

Of all the qualities mentioned above, the qualities that puts Rishav ahead of the rest are his Problem Solving (Analytical skills) and his willingness to always go above and beyond to help the team.

While working with Rishav on the Sanofi Field Reporting project I have been involved with him on the development of different types of BI reports for multiple brands in pharma landscape spreading across business units from Diabetes/CV to Bio-Surgery. Using his structured approach to problem solving and deep understanding of the data, he has been able to efficiently solve complex business problems for the clients. He goes beyond his given job description and is quick to learn new technologies, which enables him to come up with efficient and robust solution for all the client request. He not only restricted himself to requirements that client provide but also the goes extra mile to provide insights to client which he feels might be relevant for analysis; this has been greatly appreciated by our client.

He is also a great team player and always ready to help others even in the busiest of his time. His deep data understanding and quick learning attitude has helped us in using him as a plug and play resource into different teams as and when required. After his promotion to the Associate Consultant level he has been leading a team of 3-4 associates methodically managing their work as well as his other engagements. Other aspect that I really appreciate about Rishav is that he is actively involved in the training and development of new team members and is a go-to guy for them. He also takes part in mentoring other ZSers in office level bootcamps and induction sessions.

3. What would you consider the applicant’s primary area for improvement or growth?

Rishav has been seeking feedback at intervals and had been working on them to improve the areas which needed attention. As mentioned above he is quick learner and puts suggestions into practice immediately to get on the track for improvement.

Having said this, there are still areas if improved, will help him grow further as he progresses to the leadership role. The primary area of focus right now for Rishav would be his people management & delegation skills. He had been mostly an individual contributor till date which required him to manage his own responsibilities, but with his recent promotion he is required to manage and develop his team and should focus more on his people management & delegation skills as he gets in more leadership roles. Now he leads a team of 4 which requires him to manage his tasks as well as tasks of his teammates.

Considering all the above factors, if Rishav masters the people management skills, it will surely put him as a confident and better leader in future.

4. How would you rate the applicant’s potential for becoming a successful business leader?

In 2017, I was working on a reporting project for one of our client with a team of 2 junior associates. The project was not in a very good shape due to the ever changing client requirements, which was further worsened due to the inconsistencies in the client data. Rishav had a prior experience in working with the same client contact. I roped in Rishav in the middle of the project to help us, when just 4 weeks were left on the deadline. His great working relationship with the client enabled us to get gain back their confidence and lock on the requirements. He put in extra hours at office to identify the gaps in the data and reported back to the data vendor to get them rectified quickly. All this enabled us to deliver the project accurately and well before the deadline.

His good understanding of the client problems coupled with ability to ask the right questions helped him to gain client’s confidence and align on the requirements, which in turn smoothened the project delivery. I believe his ability to maintain a long term working relationship with the client will enable him to develop a successful career in consulting domain and his a structured approach to problem solving in high pressure environments, will make him a successful business leader.

Rishav is a very enthusiastic and highly motivated person who is always willing to learn. I totally support his decision to go for an MBA and this juncture of career and I believe a course in business management from a reputed school like Rotman would be ideal for him to fulfill his career dreams in consulting. He would bring his rich experience from healthcare data analytics field, along with his great sense of humour. 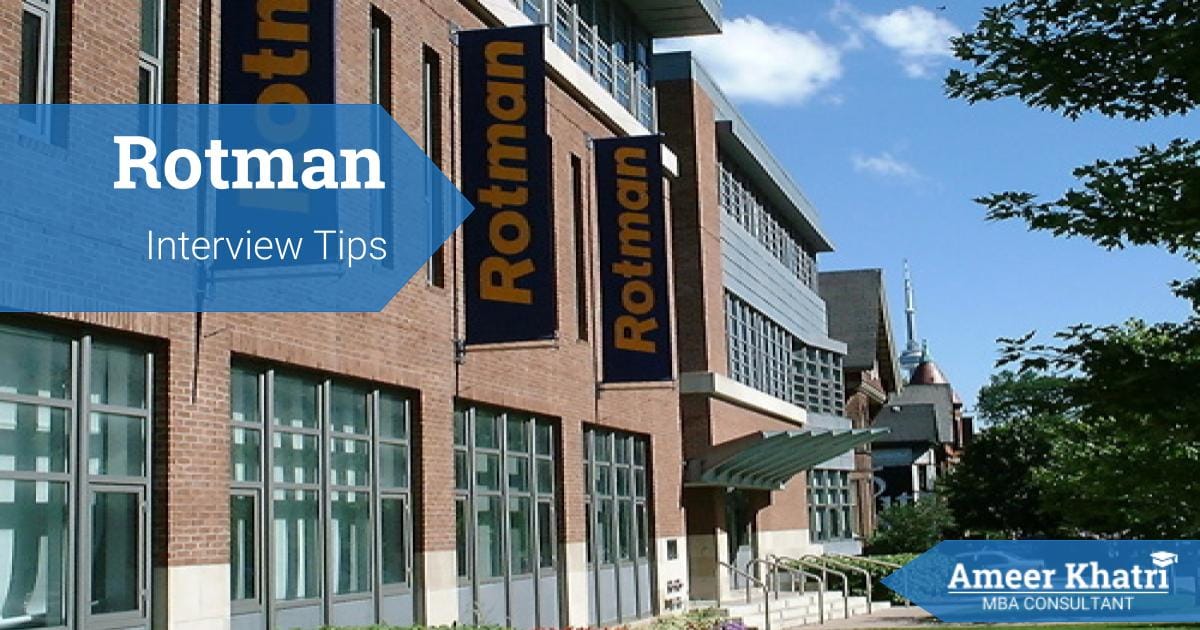