Question 1: How long and in what capacity have you known the candidate? (No word limit)

Question 2: If this is a work-related reference, in what position is/was the candidate employed and for how long? (No word limit)

Question 3: What do you consider to be the candidate’s principal strengths/talents? (No word limit)

Question 4: What do you consider to be the candidate’s weaknesses or areas that need improvement? (No word limit)

I’ve known Amey for around 14 months now. Amey represents Development operations & Infrastructure squad (Accenture) for British Telecom’s TV, Content Publishing Tool (CPT). The team has more than 20 people from various teams and organizations. I am the scrum master of the squad and the only representation from the client end on the squad. Amey is my first POC from the Accenture side and I keep a close track on the day to day activities and tasks performed by Amey and his team.

2. Based upon you evaluation of the applicant’s skills and traits, what are his/her major strengths?

I believe one of Amey’s personality traits or strengths that keeps him in good stead with the leadership is the way he takes ownership of his tasks.

From the very start, we have tried to use various tools and processes to reduce the effective time spent in deployments and achieve more productivity. We shared the same concern with Amey the moment he came onboard the squad as he has rich experience in automation tools and development operations.

He initially indulged in broad research over which tools and technologies should be used and how the implementation plan should be. We narrowed down on a list of multiple tools and Amey came up with a comparison matrix that demonstrated exactly how much effort and man-hours can be saved with each of these tools, which finally helped us make the right choice.

Within 6 months, he delivered the automation module for 13 components which has been proved to be a game-changer in how the squad functions. The major deployments which earlier used to take 30-60 min can now be deployed with just pushing a button. He has also got out of his way and helped a lot of non-functional testers to automate their test cases.

3. What do you consider to be the applicant’s major weaknesses? What efforts have been made to address these weaknesses?

During my interaction with Amey, one area where Amey has a lot of learning to do is his Risk assessment skills. On a lot of discussions and meetings we had regarding the system, I felt that Amey does not focus on risks involved while making decisions. As a task owner and a future leader, he should focus on improving his risk assessment and decision making skills.

For instance, on one of the projects, to further enhance our application test executions, Amey suggested that we can use the open-source automation tool called ‘Sahi’, he also mentioned that since its an open source we can save a lot of monetary budget through this. My first question to him was that if it’s open-source, it might possess a lot of security threats and I felt he didn’t keep that aspect in mind.

In a tech project which runs on a lot of technologies and server-level intricacies, even a minute risk can cause a colossal monetary damage to the company. So I decided to have a meeting and explain this to him. I tried to make him understand that Risk assessment & management is as important a phase as planning and implementation.

He took it as positive criticism and started seeking ways to improve it. Initially, I suggested to him that in order to not ignore the risk factors of any strategy, try to evaluate any strategy keeping risks involved as the first merit of it. He slowly and steadily put that into practice.

As the months passed, he became more sharp in this aspect. I remember a few months back he suggested to me that we should migrate our servers from Linux 6 to Linux 7 as Linux 6 possesses great security threats. He suggested this knowing the operating and building cost of the latest servers is more expensive than the previous one and that really impressed me.

Being a Devops Engineer, Amey’s task is to facilitate seamless testing in various test environments by maintaining those environments and automating the deployments of various components in those environments. Since the squad is a diverse arrangement and the members of the squad represent various different organizations, it sometimes gets a bit difficult to come over organizational boundaries and work.

The challenge double folds in Amey’s tasks as the components automated by Amey are developed by a third party organization. His major chunk of work which is automating component deployments requires an elaborate knowledge of the way a component is built and the way a component is expected to behave post-deployment. This in a nutshell means that it is imperative for him to understand a developer and a tester’s perspective.

Since the time Amey has started working in the squad, he’s made sure that a smooth communication channel is established among all the stakeholders. He also conducts a weekly requirement analysis call once a week. The call mainly has all the stakeholders within the squad wherein the complexities, challenges and prospective solutions are discussed. He also holds a forum post every release to share feedback and observations.

As a result of his eagerness to produce results through collaborative efforts, we from the client side have awarded him with the ‘Being brilliant’ Award

5. Please comment on the applicant’s personal qualities considering concern for and care of others, confidence, composure, and fairness.

In December of last year, most of the testers and developers in the squad had the opportunity to travel to the client location and work. The major concern for me was that due to the time difference from various time zones, it’d get difficult for the testers to work to their maximum efficiency as in a lot of scenarios they’d require assistance from Amey or his team.

I shared this concern with Amey and proposed that if he can work in UK hours work shift, it will help the testers to continue their tasks without much hiccups. Amey without any hesitation agreed to the plan.

As a result of his compassionate nature, even though after more than half the squad had shifted time zones, we did not face a single speedbreaker in test executions in terms of Environment and DevOps perspective.

In 2017, I was the team lead and direct supervisor of Amey at the Volkswagen project. Amey worked under my supervision for more than a year and in my team, he was primarily involved as a Full Stack Developer. He contributed to the active development of the portals developed by Accenture for Volkswagen.

2. Based upon you evaluation of the applicant’s skills and traits, what are his/her major strengths?

Throughout my workings with Amey, apart from his technical skills one quality that has impressed me a lot was his organizational skills. I can recall one of the occasions where we had the clients visiting us offshore. Apart from the monotonous board room meetings, we wanted to plan something that is both fun and teases everyone’s technical instincts and expertise.

Amey came up with a unique idea to organize a game ‘Technical Treasure Hunt’. This was inspired by the conventional treasure hunt but was different in the way that the participants had to find the clues/riddles that were saved virtually on various servers throughout our system.

The implementation of this was as tedious and complicated as exciting and unique it sounds. Amey assembled a team and divided them with tasks like riddle design, server management and volunteers. He also hosted the whole event. The visiting clients not only enjoyed the whole quest but also were impressed with the whole idea and implementation of it. One of the clients shared his feedback and said “The experience was immersive and enlightening”. Our clients took this idea with them and a few months later, conducted a similar quest at their work location.

3. What do you consider to be the applicant’s major weaknesses? What efforts have been made to address these weaknesses?

Amey’s particular thing that I have always advised Amey to improve upon is his task prioritization skills and how to determine which one is the most important. Initially in the team, he used to struggle with multi-tasking and can’t let go off something until it was done. Few times, when the prioritize changed within a day when some urgent report was due i found him struggling to deliver the latest asks.

I took him for a one on one discussion and expressed my concern. I told him that if he can’t compartmentalize and multitask then he needs to really get good at prioritizing his to-do list on a daily basis and cut out other distractions.

Slowly with regular practice and mentoring he understood and started learning. For the start, he made it a thumb rule to create a to-do list everyday. He also told me that he’s taken up to meditation to increase his concentration.

Over a period of a few months, I witnessed tremendous improvement. From a guy who was struggling to juggle multiple tasks, he transformed into a very well organized professional who knew his priorities and took ownership of whatever he did.

Amey is the kind of person who never hesitates to initiate communication and take initiatives. He has demonstrated this on many occasions where the team was low on bandwidth and needed some resources to create test cases for testing.

Ideally this prep is done by the developer who is developing the application as he best knows the expected results. We usually develop 300 test cases for every change request in order to ensure the whole system has no loopholes and errors.

On one project where our testing team was running behind schedule,  Amey offered to help and prepare the test cases, he took the required initiative and worked closely with the developer involved. He even went as far as communicating with the client over client calls to get a better understanding of the use cases.

Owing to his initiative, we achieved the magic number of 300 test cases which was surprising for me as Amey had never done this task before and took complete ownership at a time when the team needed the extra hands on deck.

5. Please comment on the applicant’s personal qualities considering concern for and care of others, confidence, composure, and fairness.

As per my experience, Amey has always been empathetic and perceptive towards his team and members. In the project, We used to develop 3 different portals for Volkswagen Manufacturers, exporters and Retailers. Since these portals were entirely different from each other, we have assigned dedicated people for each portal.

Unfortunately due to some unavoidable circumstances, a member of the team had to leave the company abruptly. Since the portal he was working on was of utmost importance, his counterparts started facing relatively greater workload. So I decided to move Amey to that portal.

It takes almost 2-3 months to understand a new portal and Amey sportingly took the challenge.

In order to understand the portal ASAP, I’d often see him work post his work hours. Amey not only gained the understanding but he did it within a month. He also contributed to delivering the subsequent change request on a fast turnaround time. 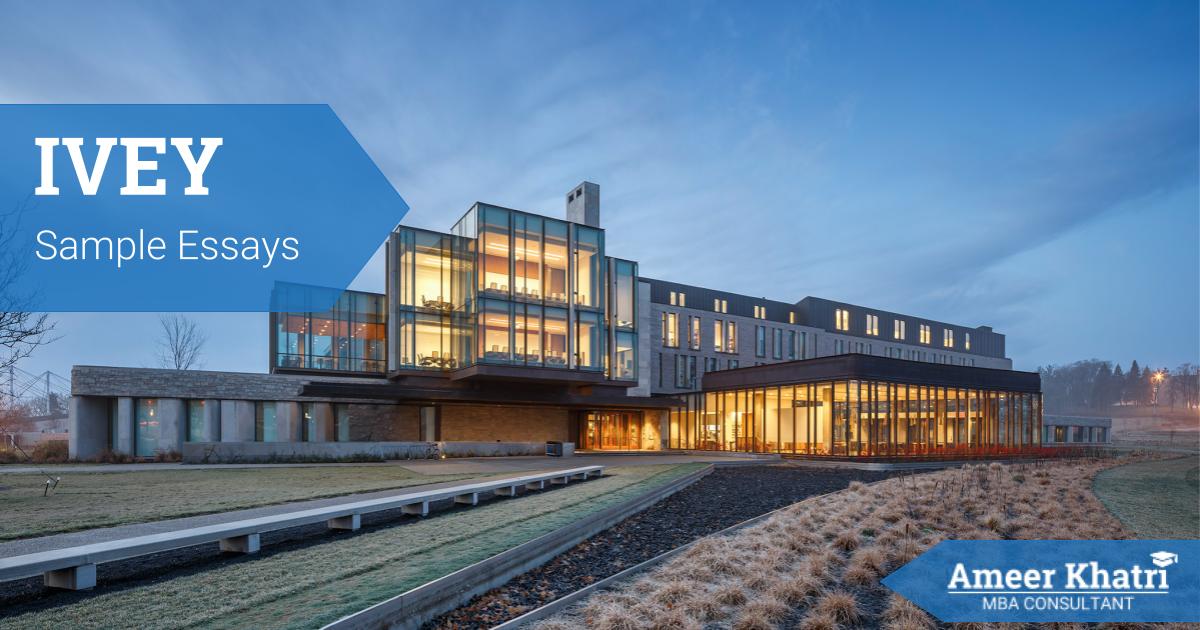